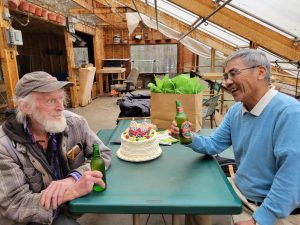 Our long time client, Richard King, recently celebrated his 90th birthday! In May of 2006, Richard came to our center diagnosed with Pancreatic to liver cancer. Some of the cancer also had spread to the lung. When Richard first came to us, doctors said there was no hope for him. He was told with chemo he had 1 yr to live and without chemo he had 6 months to live. Now 15 years later, he is still farming and growing the most beautiful lilacs you have ever seen at his farm in Boxford, MA. His scans show no more cancer!

Since his healing journey, Richard has enjoyed Tsingtao beers every day. He and Tom enjoyed a beer together on his 90th birthday! Cheers to Richard! 🍻🎂 🥳.

The lilacs are in full bloom at Richard’s farm called King’s Tree Farm & Nursery in Boxford, MA. If you are local, make sure to visit, say hello to Richard, and wish him a happy birthday!💜🌱 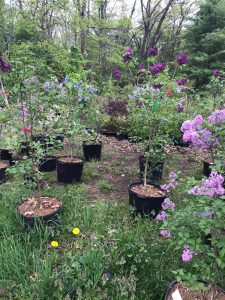